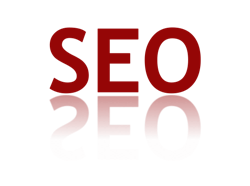 So it seems I pissed some people off. My recent Biznology post “Why SEO is Really Dead This Time and What to Do About It” has gotten under the skin of a number of fine folks, many of whom practice search engine optimization for a living.

First, this isn’t an apology. And don’t go looking for a weaselly response. I stand by what I wrote. In fact, I genuinely hope what I said is true. Of course, it’s possible I’m wrong. I just don’t think that’s the case.

Second, there’s an inherent problem any time you talk about SEO, one that any good business process management text recommends you avoid. The problem is that SEO refers alternately to the practice of optimizing websites to improve discovery by the search engines, the people who undertake that practice, and the industry those two comprise. When you refer to “an SEO,” you’re really talking about the individual (or company), not the techniques and practices. By contrast, “SEO” by itself typically refers to the practice, and “the SEO industry” means, well, just what it says. Further confusing matters, search engine marketing (SEM) may mean SEO to some folks but might mean only focusing on paid search tactics (also called PPC) to others.

I have tremendous respect for a large number of SEO’s (individuals and companies). I have worked with many excellent individuals and organizations on any number of SEO-related projects since I first started doing Internet marketing and website development way back in 1996. I frequently link to and like the fine work done by people like Jill Whalen, Barry Schwartz, Rand FIshkin and his team at SEOmoz, Danny Sullivan at Search Engine Land, Rimm-Kaufman Group and countless others.

For the record, I don’t think SEO’s (the people and companies) or SEO (the industry) are dead. Or even dying. SEO’s who continue to provide their customers a valuable service will continue to find work. And plenty of it. Too many businesses need the kinds of help that such reputable SEO’s provide. Just as I’ve argued before, these folks will continue to adapt their services to suit the needs of their customers and of the search engines.

The practice as we know it, on the other hand…

Simple. There are a ton of charlatans and snake-oil salesmen in the SEO industry (and in online marketing generally, for that matter). They have bolstered their reputations and client rosters by trading in shady practices, gaming the system, skewing the rankings. Or, just as bad from the standpoint of legitimate service providers, over-promising and under-delivering. Oh… and giving SEO’s everywhere a bad name. We’ve come up with cute names for these folks, calling them “black hat SEO’s,” referring to the outlaws of the Old West or “gray hats,” willing to skirt the line.

I actually hate the “black hat” and “gray hat” terms. SEO’s ought to insist on another term for these folks, one that disassociates sketchy activity from serious online marketing efforts focused on building brands and businesses along with rankings. In the classic film Casablanca, Humphrey Bogart admonishes Peter Lorre by saying, “I don’t mind a parasite; I object to a cut-rate one.” By the same token, I don’t mind black hats; I object to the dishonest ones.

Google and Bing continually modify their algorithms and indexes to account for these dishonest folks. Google has updated its algorithm more than 500 times already in 2012, looking to identify results that don’t make sense and promote those that do. One of these changes, known as Penguin, specifically focused on the practices these folks liked to employ. Another, Panda, was designed to hit pages that only a (cut-rate/dishonest) SEO could love.

Now, to be fair, Google isn’t perfect. These updates in far too many cases hurt legitimate sites because they “looked like” the kinds of garbage the guys and gals I’m talking about churn out. For businesses dependent upon Google for traffic and revenue, the effects can be devastating. I’ve heard from businesses all over the globe wondering what they’re supposed to do now that the search results they’ve come to depend on no longer deliver results. Happily, many solid, capable, legitimate SEO’s exist, willing and able to help these businesses recover.

The problem the bad guys create for SEO’s in general is that we are forced to explicitly acknowledge and promote the legitimacy of the good guys. SEO as an industry is not a scam. It’s just that enough scam artists ply their trade within the industry that it looks that way to the average client.

The search engines recognize this problem and understand exactly how much these practices threaten the legitimacy of their business. And they’re taking steps to do something about it. Panda was one such step. Penguin was another. Google (in the form of Matt Cutts) has stated, “…expect that the next few Penguin updates will take longer, incorporate additional signals, and as a result will have more noticeable impact.” [Emphasis mine].

They’ve declared war. And the kinds of SEO designed only to game the system won’t work anymore — or at least not for very long. Yes, it’s likely to be an ongoing game of “whack-a-mole,” where Google and Bing will keep bashing new tactics as they appear (and as they’ve done for years).

The difference is that it’s now a core focus.

So, the point of saying “SEO is Dead,” isn’t to declare the end to the industry. It isn’t to piss off hard-working, honest SEO’s. And it’s decidedly not to tell businesses that they can’t benefit from those hard-working, honest folks. It’s to acknowledge the reality that Google and Bing have declared war on the bad guys and on deceptive practices designed to game the system. It’s to let both the bad guys and, more importantly, their clients know that the game is over. If your intent is to rank well in the search engines, you’re better served spending more time worrying about your customers and less time worrying about the search engines. Just like the good guys have been saying for a long, long time.

If you’re interested in learning more about digital marketing and where it’s going, register to receive a special report I’ve produced in conjunction with hotel marketing firm Vizergy, “Digital Hotel Marketing in a Multiscreen World.” While targeted to hospitality, the lessons apply across industries. You can get your free copy of the report here.