“This is a test. This is only a test. If this had been an actual emergency…” 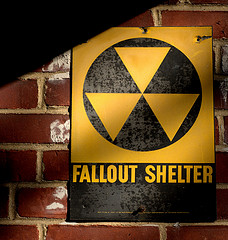 I grew up at the tail end of the Cold War, but still remember those Emergency Broadcast System messages designed to alert of a coming nuclear strike and – near as I could tell – annoy 10 year-old boys by interrupting Bugs Bunny cartoons. Because, when you’re young, you don’t really believe the world is coming to an end.

When we have more at stake, it’s easy to forget that:

Your business is in the dumps right now? It’s only a test. The world probably isn’t coming to an end.

Your top client is pissed at you? It’s only a test. The world probably isn’t coming to an end.

Your best employee is jumping to a competitor? It’s only a test. The world probably isn’t coming to an end.

As a former boss of mine used to say, “If it doesn’t include the words ‘terminal’ or ‘indictment,’ it’s not that big a deal.”

Still, don’t think I’m a Pollyanna about these things. Even if the world isn’t coming to an end, each of these tests – and others like it – have meaningful consequences. In other words, these are important tests. Your Bugs Bunny cartoons may have to wait a while.

Because, really, what they’re testing is you. Your ability to respond to them. To handle them. To prevent them in the first place – or at least prevent them from happening again.

But, they’re only a test. Are you going to pass?