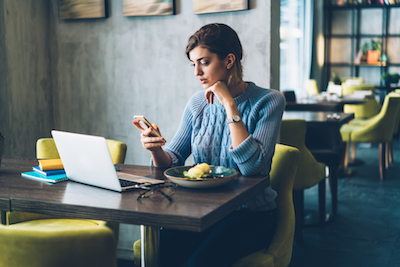 Did We Break the Internet? Or Did the Internet Break Us? (Thinks Out Loud Episode 242) – Headlines and Show Notes

Digital Marketing Directions 2020 from Tim Peter
(And, yes… you can hire me to speak at your next event, too).

Did We Break the Internet? Or Did the Internet Break Us? (Thinks Out Loud Episode 242) Transcript

Well, hi, everyone. Welcome back to Thinks Out Loud. My name is Tim Peter, today is Tuesday, March 19th, 2019. This is episode 242 of the big show, and as ever, I very much appreciate you tuning in.

So this is going to be a bit of a weird episode for me. But one that I hope is the start of a conversation. Obviously, there was a big tragedy this past week, these terrorist shootings in New Zealand. And while it’s a small part of the tragedy in real terms, obviously, given what I do, using digital and things like that, there’s the really important discussion that’s started, given the use of Facebook video by the shooter to livestream the shooting, a number of people are asking and I think they’re asking in good faith, whether social media specifically, and the internet more generally have caused or will cause more harm than good.

It saddens me to say that there’s plenty of evidence to support those arguments. The thing about the internet is that it democratizes not only peoples’ access to information, but also peoples’ ability to distribute information. Anyone can post any content online, for anyone to read, hear, watch, experience. I tend to think that’s a good thing. I think history will show that it is a good thing.

Of course, one downside is that anyone can post content, no matter how vile or disturbing that content might be, which is what we saw this past week. Clearly, as I’ve described in a prior episode of the show, explaining why digital is like gravity, I would never argue that it’s an unlimited good thing. Clearly, peoples’ ability to distribute whatever content they want has its downsides.

I know I’ve referenced this before, but as the philosopher Paul Virilio said, “The invention of the ship was also the invention of the shipwreck.” I want to be clear, I want to go on the record right now. I don’t think we should abandon ship, simply because some people want to navigate that ship into rough waters, or because they want to run it aground.

I think that’s twisted, I think it’s deranged, I think it’s wrong. I also think that blaming those actions on the internet is like blaming gravity when vandals throw bricks off bridges at cars. Yes, gravity plays a role, but it’s the vandals who are taking advantage of its inherent properties of gravity’s inherent use, its utility, who are to blame.

So this gets into a very, very difficult area of conversation because we need to think about the fact that, yes, other terrorists can use these tools, and these media to their advantage, that’s true. We also know that people who seek to divide us, are trying to do the same thing. They’re using these tools to drive wedges amongst people, between people, between groups of people, based on where they see fracture points.

And I think it’s fair to say, we have points of fracture, we have points of disagreement. It’s part of what makes us human. Nobody’s ever going to agree with everybody else about everything. I wish that that were true. And I think there are people who seek to divide us, who want to use those points of disagreement as a wedge, and to drive that wedge further between us, to make us dislike one another more, to make us ham one another more, whether with violence or whether simply with words.

So I don’t encourage that, obviously, and I understand completely how painful and awful a thing that can be. I also think it plays into the hands of the wrong people when we start to say, “How do we stop this?” I do. If you look at things like the Great Firewall of China, or a recent law that was passed in Russia, actually just signed yesterday by Vladimir Putin, that puts quote unquote, “Reasonable limits on content.” It allows authoritarians and people who seek to divide in other ways to restrict access to information that really would be beneficial to most of their population.

That’s not a good thing, I can’t see that as the right solution. And I think if you look at the internet more generally, you’ll see so many examples of where people have used the internet for good, for real good. I think about something like the Ice Bucket Challenge a couple of years ago, to raise awareness of ALS. We all remember it, it went completely viral. It cost the charity, the organization behind it very little money, and resulted in an enormous amount of publicity, and even better, an enormous amount of fundraising and attention to this awful disease, to try to do something to stop it. I’ve run into more stories than I can tell you over my years of working in digital, of times when people used the internet, learned that someone was thinking about killing themselves, thinking about suicide, and using that to help these people when they were in a time of crisis. And of course, it provides access to information for marginalized people all around the world. People who are struggling with their identity, people who are struggling with being oppressed in various communities around the world.

It is an enormous benefit. Yes, I clearly remain optimistic about this. I’m cautiously optimistic, and I share a number of concerns about the ways that digital and the internet can be used for harm. Despite that, I am optimistic all the same. And I recognize that that may sound foolish, after the horror of the past week. But I also think that trying to change the world for the better requires optimism. It requires us to hope, it requires us to think about where we want to be, and who we want to be, and envisioning ourselves into a better future.

The shipwrecks might be real, but I strongly believe that this ship is worth saving. I’d encourage you to check out the show notes, you may feel different from me. I’d encourage you to take a look at the show notes, where I’ve linked to a number of posts, even those I disagree with so you can get a sense of other points of view on this. And after you’ve had a chance to check those out, I’d genuinely love to hear what you think about this. Maybe I’m wrong, this is supposed to be a dialogue.

Drop me a line on Twitter, using the handle @tcpeter, or an email at podcast@timpeter.com, or a message on Facebook at Facebook.com/timpeterassociates, and let me know what you think. Let’s use the internet in its best, most pure form, and I’ll be sure to share your thoughts in a future episode so that we can keep the conversation going. Because ultimately, I think that proves the strength, and the power, and the value that the internet provides, and the ability it helps us, the ability it offers us to steer the ship in a direction we want it to go. So I hope you’re willing to engage in this dialogue. I really look forward to continuing the discussion.

With that, I want to wish you nothing but peace in your life. I hope you have a wonderful week ahead, a fantastic weekend, and I do look forward to the ongoing discussion with you, here on Thinks Out Loud. Until then, please be well, be safe, and take care, everybody.