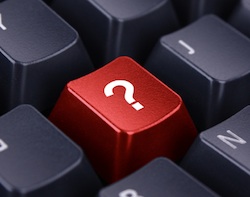 Continuing our discussion about site redesigns, one of the top questions I get about redesigning your website is how much a good redesign costs. And, let me cut right to the chase to say there’s no one answer to this question. But, before you storm off saying, “That’s what I thought you’d say,” let me offer some insight into how you can answer the question for yourself. This is going to be a longer post than usual, but I hope you’ll hang with me on this one and think through how this approach would work in your environment.

Thinking about how much a website costs approaches the problem from the wrong end. Building a website is a little like building a house. Once you cover the basics (e.g., four walls, electrical, plumbing and a roof), what you want and need beyond that is up to you.

Instead, it’s a question of what you need your website to do for you and what it’s worth to you to get it. If your business generates $400,000 each year in revenue, then even if your website accounts for 100% of that revenue, the redesign better not cost you more than you’ll get in return. By the same token, a $400 million per year business can’t reasonably expect to support its needs for just $19.95/month. It’s more a question of achieving the right return on your investment and following the right process to make sure that happens.

Let me show you a (heavily simplified and anonymized) example of how this works in the real world. While the numbers reflect a large organization, the process works equally well for a small business.

I led a major redesign project a few years back for a company whose e-commerce site produced about $15 million annually in web direct revenue. This example ignores site traffic that turned into phone calls, walk-in traffic to stores, etc., just like we did in the actual case.

To start, my team identified a series of improvements to the user experience that we believed could generate at least a 15% lift in web direct business. Additionally, we had the ability to pay back the money over a three-year period. So, the total value of the improvements to the company was $6.75 million ($15 million x 15% x 3 years).

So to begin setting our budget, we did two things:

In other words, the question was what was the minimum amount of incremental revenue we’d need to generate at a 7.5% lift and break even in the first year? That gave us clear direction for our target budget, in this case just over $1.1 million ($15 million x 7.5% x 1 year payback). In addition, it helped us prioritize the enhancements best suited to achieving that lift.

After looking at our requirements and working with our development staff on requirements, we further trimmed that to $950,000. Not a bad investment to generate $6.75 million (again, for brevity, this example ignores things like depreciation, amortization, use of capex vs. opex, NPV analysis, etc.—in practice the actual numbers were even more attractive).

To be even more sure of ourselves, we spent roughly 10% of the budget (about $90,000) on various tests to validate our assumptions. After all, better to spend a little bit (in relative terms) to prove our assumptions than waste a million dollars and find out we were wrong (check out my friend Douglas Hubbard’s risk management blog for more on this approach to project initiation). Happily, our initial tests showed our assumptions were, if anything, too conservative; we proceeded with the full project and were rewarded with better than 35% lift for each of the next two years.

Now, obviously, many of you aren’t redesigning a multi-million dollar site. But, the same approach makes sense—in fact, I’d argue it makes even more sense—when dealing with a smaller site. So, here’s the approach again:

Additionally, you can include a payback period greater than a year if you don’t need all the revenue in year 1. But, unlike many capital investments, you never want to plan on more than 3 years depreciation. In my experience, by the time the site is 3 years old, you’re either going to start thinking about your next redesign or will have done enough enhancements, A/B tests, and the like that your initial deliverables will be on their way out.

Using this process, a site generating a few hundred thousand dollars in revenue would look at least a $20,000-$30,000 budget, a site generating a million dollars might consider between $50,000 and $100,000, a $10 million business might look at $500,000+ and so on. Obviously, if you’re able to invest more, great. And if you achieve your target results for less, that’s great, too. This approach isn’t designed to calculate to the last penny, but it should give you a quick, back of the envelope estimate of what you can expect to spend.

Determining the exact amount to spend on your website is not a simple process. There’s no one true answer. But, with a little bit of planning and foresight, you can get a rough estimate of both what you want your site to do for you and what you’re willing to pay to make that happen. A great website is a serious investment in your business and is worth the work to get it right. And if you need more help with this model for your business, drop me a line. I’ll be happy to help you through it.

Interested in learning more? Register to receive a free copy of my new special report, “Digital Hotel Marketing in a Multiscreen World,” produced in conjunction with Vizergy, here. While it’s targeted to the hospitality industry specifically, most of the lessons apply across verticals. And, if that’s not enough, you might also enjoy some of our past coverage of the e-commerce, including: