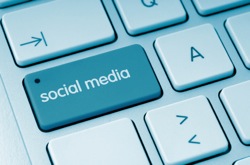 I gave a lot of props last week to Oreo’s epic SuperBowl tweet, applauding the company’s wonderful response to a real-time conversation in social media. So, I’m kind of obligated to talk about what happened last night during the Republican response to the State of the Union and what you can learn from it.

During Senator Marco Rubio’s response on behalf of the Republican Party, the senator clearly got a little parched. He reached for an off-camera bottle of water and, instantly, an Internet meme was born:

Now, there’s a few things Poland Spring could have done better, but I’m willing to give them the benefit of the doubt. For one, I assume the company has stopped using Twitter because they’re not getting value from the service. But, they could have done a better job responding to their followers given the high volume of comments aimed their way last night. Again, they didn’t need to engage with humor or take on the risk of offending anyone, but a simple “Thanks for noticing us!” or something would have been a nice touch.

For another, I’d recommend their CEO ask whether they didn’t respond due to conscious choice or because they didn’t know how much their brand blew up during the evening. The former is fine; the latter, not so much. I’ve mentioned before how important it is you know what your customers say about you on social media sites and how your business can suffer when you don’t.

I’d also recommend you (along with the Senator and Poland Spring), review the 2 simple questions to avoid social media failure. But, you can learn a lot from what these two did well during this discussion and apply those to your own business.