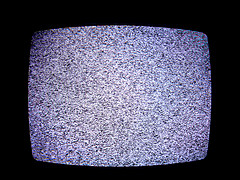 In the only news this week that might be less surprising than Ricky Martin’s “big” announcement, Edison Research reports that more Americans would give up television than the Internet if forced to choose:

Just in case you thought this Internet thing was a fad or something. Or had a meeting scheduled with your local cable ad sales rep later this week.

Which doesn’t mean you should eliminate cable advertising if it’s working for you. But you might want to negotiate a better rate with your rep. Just sayin’.