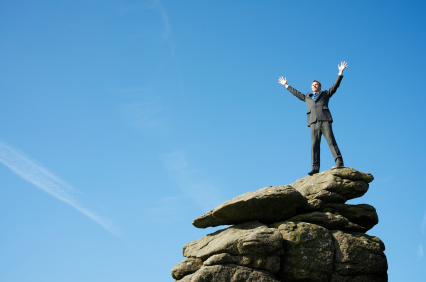 “…Destiny is just another word for inevitable, and nothing’s inevitable as long as you stand up, look it in the eye, and say, ‘You’re evitable!'” Winifred ‘Fred’ Burkle, Angel episode #3.7, “Offspring”

When it comes to the future of online travel—and, yes, that very much includes mobile—no one is “destined” to win. Not Google. Not Expedia. Not Booking.com. Nor Priceline, TripAdvisor, Hipmunk. No one.

Take a look at a couple of companies who once were “destined” to win and where they are right now:

Despite compelling arguments to the contrary, Google is no more immune to market risks and competition than anyone else.

Now, don’t get me wrong. Google has a number of assets in its favor. They’ve built a remarkable machine for gathering and understanding customer data. They spend tremendous resources listening and responding to customer needs. And they’ve got a healthy head start.

Those undoubtably represent significant advantages relative to any resurgent heavyweight or upstart competitor.

But, plenty of upstarts have excelled throughout the years by exploiting larger rivals’ weaknesses and blind spots. It happens all the time, even when the bigger company ought to know better. For example, the market-leading Internet portal/search engine Excite—which had achieved its success by outmaneuvering Microsoft, Apple, Yahoo, and Netscape—once had the opportunity to buy a tiny startup offering a compelling new feature for the bargain basement price of $750,000 (Excite was then valued at $35 billion). Excite passed, feeling that a.) the price was too high for such a simple tool and, b.) their technology and strategic advantages would enable continued market dominance.

Um… yeah. That worked out well for Excite.

The startup’s name? C’mon, say it with me now: Google.

Google’s advantages today are much more significant than Excite’s were, of course. Just like Microsoft’s were in PC’s not too long ago. And Expedia’s in travel. And Blackberry’s in smartphones. And Nokia’s in feature phones.

Funny how that worked out for all those players, eh?

Unsurprisingly, Google isn’t exactly resting on its laurels. Plenty of start-ups and incumbent players recognize the opportunity and are pursuing it aggressively. As Glenn Gruber writes for Tnooz, “there is a major job still to be done in mobile travel.” Google’s making great moves in that area. But that doesn’t mean they’re destined to win.

Vacation’s over. Let’s get to work.

If you’re interested in learning more about travel marketing and where it’s going—as well as lessons that apply to a host of other industries—register to receive a special report I’ve produced in conjunction with hotel marketing firm Vizergy, “Digital Hotel Marketing in a Multiscreen World.” You can get your free copy of the report here.

Finally, you might also enjoy some of our past coverage of these changes in the marketplace, including: