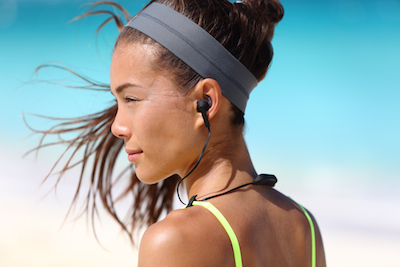 Mobile Is Not a Device; Mobile is a Situation (Thinks Out Loud Episode 259) — Headlines and Show Notes

This shouldn't be news, but mobile is way bigger than you think. No, really. Much, much bigger. And the reason is because mobile is not a device; mobile is a situation. And it's a situation that major players like Apple, Google, and now Amazon are positioning themselves to take advantage of. The question is whether you're doing the same for you business.

The latest episode of Thinks Out Loud takes a look at the fact that mobile is a situation and asks how you get ready for your business to handle that situation in the coming year.

Want to learn more? Here are the show notes for you:

Digital Marketing Directions 2020 from Tim Peter
(And, yes… you can hire me to speak at your next event, too).

and a Focusrite Scarlett 4i4 (3rd Gen) USB Audio Interface

You can subscribe to Thinks Out Loud in iTunes, the Google Play Store, via our dedicated podcast RSS feed (or sign up for our free newsletter). You can also download/listen to the podcast here on Thinks using the player at the top of this page.

Mobile Is Not a Device; Mobile is a Situation (Thinks Out Loud Episode 259) — Transcript

Well, hello again everyone and welcome back to Thinks Out Loud, your source for all the digital marketing expertise your business needs. My name is Tim Peter. Today is Tuesday, September 24th, 2019 and this is Episode 259 of the big show. Thank you so much for tuning in again. I really do appreciate it. I think we've got a really cool show for you today. There's some really interesting stuff going on. I'm kind of in this neat place today because I saw this story that blew my mind.

There's a story in CNBC that says Amazon is, and I'm reading from the story, Amazon is developing a new pair of Alexa powered wireless earbuds that double as a fitness tracking device. Their codenamed, "Puget", and they're expected to come with a built in accelerometer and be able to monitor things like the distance you run, how many calories you've burned, the pace of running and things along those lines. This is on top of Amazon recently introducing its Echo Auto device, which is a little tiny Echo you stick in your car so that you can use Alexa wherever you go while you're driving. I actually have one, I've been using it for the last couple of weeks and it's fascinating. It's got some problems, but it's really cool when it works correctly.

I think all of these are really sign posts. They really point to a trend that I think we overlook a bit. This is a trend that's been coming for about three years and we're probably not all the way there yet, but that trend is that mobile isn't what you think it is. When you think about mobile, when I think about mobile, when most people think about mobile, we tend to be talking about a piece of glass and aluminum that we're holding in our hands. The reality is that's not what mobile is. That's a device that allows you to be effective, to do computing, to connect with the information and the people that matter to you while your engaging in mobile activity.

As I've said before, mobile is a situation. It's not a device. The device that we're using to interact with mobile, the device we're using in mobile situations is starting to change. I put out a podcast, oh gosh, about three years ago actually when Apple introduced the AirPods called, "The Future of Digital Arrived Last Week". It was Episode 177, so this is a while ago. I want to be fair, we're not quite there yet, but I want you to think about the fact that in the time since Apple introduced the AirPods, they've sold 25 million of them. By one standard, it is the second best selling product Apple has ever introduced. It's sold more units over the first two years of its life than any other product they've ever sold, with the exception of the iPad, which by the way again, mobile device, right?

During the first two years that it was introduced, they also sold six million watches and now Amazon is about to introduce it's smart headphones. The reason is because this is the computer, this is the device we're all going to use in the future. By the future, I'm going to talk about in the moment, but this is the mobile revolution. The mistake is thinking that mobile is always or only going to look like a piece of glass and aluminum that you hold in your hand, but what we're seeing is to truly be mobile, people want to use things hands free. Maybe not always. Maybe not for every interaction, but your customers are becoming increasingly comfortable with the idea of using any device that allows them to access music, and news, and weather, and information, and the people they want to interact with wherever they are.

That's what the real mobile revolution is. I've said this many times before and I will link to the many, many examples in the show notes, but Millennials and especially Gen Z, are going to take these devices for granted. This isn't some cool new tech. This isn't some cool new thing. This is simply a tool that allows your customers to do what they want to do. Now, I'm not going to make any bold predictions about how long it will take before everybody has these, whether Apple makes them or whether Google makes them or whether Microsoft makes them or whether Amazon makes them, it doesn't matter. I want to talk about the fact that there's a famous Bill Gates quote that I'm sure I've used here on the show before that says, "We always estimate the change that will occur in the next three years and underestimate that the change in the next 10." I do want to point out the AirPods have been out for just about three years, going on three years, but if you look back 10 years ago, it's been roughly 10 years since Apple introduced the iPhone. Okay. 11, but I mean, about 10 years. A couple of weeks ago they introduced the brand new one. Have you heard anybody going, "Oh my gosh, the brand new phone is the greatest thing ever. Oh, it's the best one"?

Of course you haven't because the new one is, to be honest, boring. It's great from everything I've heard about it. I actually ordered one. It should be showing up in the next couple of days, but it's boring. Nobody gets excited about a phone any longer. The category has matured to the point where it's no longer interesting. Yes, your customers are still adapting their behaviors, but the phone isn't what's next. It's what is. What's next is coming pretty quickly because it's been coming for the last three years. When things come along that change people's behaviors and change the norms, I usually say it takes five years. I want to be fair because I'm splitting the difference a little on Bill Gates' quote about overestimating three and underestimating 10.

If you figure it's somewhere between those, you're talking five to seven. The fact that you're seeing Amazon start to get into this space and the fact that you're seeing more movement in terms of how companies are thinking about how customers will interact with voice and the places they will interact with voice, we're probably starting to get into a place where that's going to become more normal. It might still take another couple of years, but it's also something that is very much coming and it's very much real. Apple didn't sell 25 million AirPods because nobody wants these. They haven't sold six million watches because nobody wants them. Amazon's probably going to sell some of these smart headphones. I'm not going to make predictions about how many because I don't really know. I do know that anybody who uses Alexa really likes it, so they're probably going to sell a bunch of them.

In a couple of years it's likely we're going to be looking around and say, "Oh my gosh, when did everybody start using these things?" The answer is, about three years ago. The fact of the matter is mobile is a situation, not a device. Your customers expect to use mobile when and where they are using whatever device helps them accomplish the objectives that they have. It's probably going to be some kind of headphones or some kind of watch as the technology gets good enough that you can make them really powerful in a really small package. You look at the new Apple Watch they've introduced, you look at the new AirPods they've introduced. We're getting closer to where you can actually make these things all day, computers that allow you to interact with what you want, where you want.

Now, looking at the clock on the wall, we are out of time for this week, but I want to thank you again so much for tuning in. I genuinely do appreciate it. I want to remind you that you can find the show notes for today's episode, as well as an archive of all our past episodes by going to timpeter.com/podcast. Again, that's timpeter.com/podcast. Just look for Episode 259. While you're there, you can click on the subscribe link in any of the episodes you find there to have Thinks Out Loud delivered to your favorite podcatcher every single episode. You can also subscribe on iTunes, or Stitcher radio, or Google podcasts, or Apple podcasts, or whatever your favorite podcatcher happens to be. Just search for Tim Peter Thinks, Tim Peter Thinks Out Loud, or Thinks Out Loud. We should show up for any of those.

While you're there, I'd also very much appreciate it if you can provide us a positive rating or review. It's so helpful to other listeners and it makes it easier for people to find us, so that would mean a lot to me. You can also find Thinks Out Loud on Facebook by going to facebook.com/timpeterassociates. You can find me on Twitter using the Twitter handle @tcpeter or of course you can email me by sending an email to podcast@timpeter.com. Again, that's podcast@timpeter.com.

I'd also like to thank our sponsor. Thinks Out Loud is brought to you by SoloSegment. SoloSegment focuses on AI driven content, discovery, and site search analytics to unlock revenue for your business. You can learn more about how improve your content, increase your customer satisfaction, and make your search smarter by going to solosegment.com.

With that, I want to say thanks so much for tuning in. I very much appreciate it. I hope you have a great rest of the week, a wonderful weekend, and I'll look forward to speaking with you here on Thinks Out Loud next time. Until then, please be well, be safe and as ever, take care everybody.