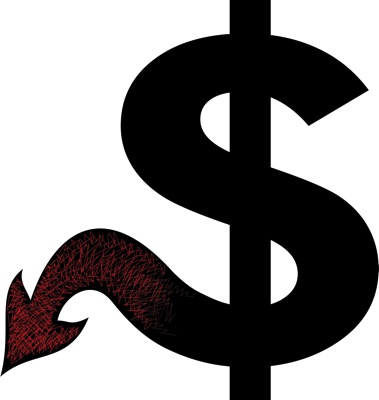 OK, I’m not usually one for hyperbole — or for politics — but the proposed new FCC ‘Net Neutrality’ Rules are really, really horrible for any business not named Comcast, AT&T, and Verizon.

“Net neutrality” is a complicated topic, largely due to the many gory technical details of how the Internet works. But the basic principle is simple: Every packet on the Internet should be treated the same by the carriers — our “friends” at the ISP’s we use to go online, such as Comcast, AT&T, and Verizon.

The new rules say this would no longer be so.

Given the new rules under discussion, your local ISP could offer a “high-speed lane” to those willing to pay, while keeping everyone else in “standard lanes.”

Even the people arguing in favor of these rules can’t explain why this is a good thing:

“…this weak-tea neutrality is… [not] necessarily the death knell for an open internet. It’s just the beginning of a slightly stratified one.”

This Orwellian formulation means that those companies with more money could put their content in front of potential customers more easily. Unless you’re a very large business with lots of extra cash laying around you want to pay to Comcast, AT&T, and Verizon, this is a very bad thing. Tim Wu, whose book “The Master Switch” I reviewed last year, puts it bluntly:

“We take it for granted that bloggers, start-ups, or nonprofits on an open Internet reach their audiences roughly the same way as everyone else. Now they won’t. They’ll be behind in the queue, watching as companies that can pay tolls to the cable companies speed ahead. The motivation is not complicated. The broadband carriers want to make more money for doing what they already do. Never mind that American carriers already charge some of the world’s highest prices, around sixty dollars or more per month for broadband, a service that costs less than five dollars to provide.” [Emphasis mine]

Now, I’m in favor of companies making more money. In fact, I work with businesses every day to help them do just that. But this isn’t a case where ISP’s want to charge users more for higher levels of consumption — I have no problem with that. This is where the guys who “own the road” want to charge some businesses more than others to drive down the street.

The Verge offers this response from an FCC spokesperson:

‘… the proposal does include the ability for service providers to negotiate with individual companies, so long as all content is delivered at a baseline level of service. “Exactly what the baseline level of service would be, the construction of a ‘commercially reasonable’ standard, and the manner in which disputes would be resolved, are all among the topics on which the FCC will be seeking comment,” the spokesperson said.’ [Emphasis mine]

Here’s the thing. Apparently, there’s nothing in the proposed rules to say that the baseline standard isn’t the current “state of the art” for 2014 and won’t stay there for years. Which would be fine, sort of, except for the fact that Butters’ Law says the amount of data coming out of an optical fiber doubles every 9 months. Unless the FCC’s “commercially reasonably standard” of “baseline service” moves at the same rate, you could be experiencing “state of the art” 2014 service 5 or 10 years from now for every business unwilling to pay the gatekeepers’ tolls.

Worse, your business could find itself relegated to those slower lanes because you can’t match the prices Amazon, Google, Facebook, Amazon, Microsoft, Wal-mart, eBay, Booking.com, and others can afford to pay.

Don’t think it will happen? Think again. Even when net neutrality regulation was more strictly enforced, Comcast illegally discriminated some traffic in an attempt to lock customers into its on-demand video services.

This is a crushing blow to startups and small businesses of all kinds — and to more than a few mid-sized and large ones, too. As Quartz points out, the FCC itself thought this approach to maintaining net neutrality was a poor one just a few years ago:

“Even more damaging, broadband providers might withhold or decline to expand capacity in order to ‘‘squeeze’’ non-prioritized traffic, a strategy that would increase the likelihood of network congestion and confront edge providers with a choice between accepting low-quality transmission or paying fees for prioritized access to end users.” [Emphasis from Quartz, but I wholeheartedly agree]

I strongly recommend you read up on the topic and make up your own mind. And here are a couple of good places to start:

Once you’ve had a chance to make up your mind, though, I’d strongly encourage you to push your local representatives to continue fighting for net neutrality. In the long run, you’ll be glad you did.

If you’re interested in learning even more about the future of e-commerce and marketing via the social, local, mobile web, register to receive a special report I’ve produced in conjunction with hotel marketing firm Vizergy, “Digital Hotel Marketing in a Multiscreen World.” While it’s targeted specifically at hotel and resort marketers, the lessons apply to just about any business. You can get your free copy of the report here.